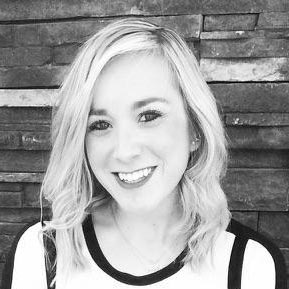 This weekend, I did something I have never done before... I attended the Calgary Comic and Entertainment Expo!

I primarily went for the fashion; Some of the costumes there... AMAZING!!!

Although this isn't really my forte, I decided to have my brother, Chase, who attended the event with me (and knows A  LOT about this type of stuff), tell you about what we saw!

I can't wait until next year's event, and would highly recommend checking it out for yourselves!!

Hi everyone, Chase here! Our adventure began in Hall E of the BMO Centre. The picture above happened literally as we walked in the place, so naturally we had to document the situation. Where else would you see a gathering with this many iconic characters?! Our personal favourite: The mini-Stormtrooper in the middle.

Chloe wanted to buy this Pikachu hat, I said "no."

I wanted to buy a katana from this nice-looking weapons vendor, Chloe said "no." We would then go on to walk by 4 or 5 more weapon stalls, just like this one! 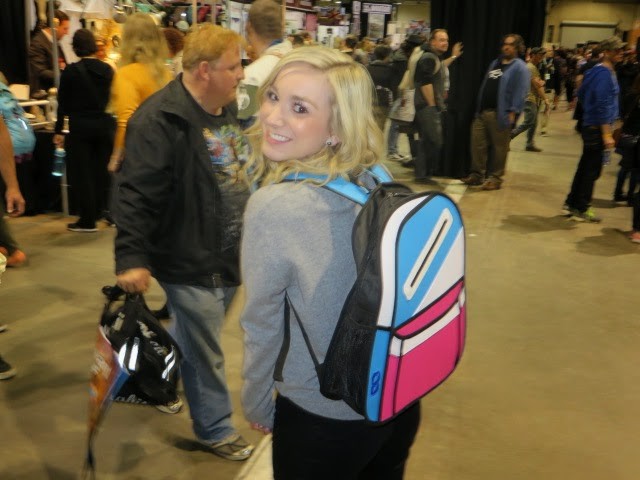 Chloe did however manage to steal this backpack right out of a comic book. Apparently she had seen them on a few fashion blogs, or something?
Click to close
Download Image

Someone's copyright is seriously being infringed upon right now.

This place was called the T-Shirt Tower. Imagine being inside an enclosed space, with four walls like the one above, and standing shoulder-to-shoulder with 50 other people in that space... It really makes you want to buy some shirts!! The best part of buying said shirts? You get a massive bag. Please see below.

Chloe insisted on carrying the bag, but I had to get involved, so it wasn't dragging on the ground.

What is this, Costco? I didn't know Pocky Sticks came in such industrial-sized packaging.
Click to close
Download Image

This is our new friend Stephen Amell, you may know him as the star of Arrow! After seeing him on the panel, and listening to what he had to say, he was super nice, genuine, and pretty quick-witted. We also appreciated his humour. Just so you know, even though his show films in Vancouver, he's cheering for the Flames.

We walked outside to find this massive crowd, and I had to ask one of the Expo volunteers what exactly was going on. She told me "Oh, it's kids versus vikings. It's really fun!"
I replied "... and safe!"
Click to close
Download Image

In case you were wondering, the circus is in town, and was also at the Stampede Grounds. But that's not why we're here... Moving on!
Click to close
Download Image

Above is the "Traditional Gaming" area, where as you can see, a bunch of people were playing various board games. Chloe and I did not partake, mainly because we couldn't find anywhere to sit down and play Monopoly for five hours.
Click to close
Download Image

There was also a tattoo station in the middle of the place, where you could get real tattoos if you wanted! We also did not partake in this.

I wonder if this guy woke up on Saturday morning, and said to himself "I want to look like Professor Dumbledore today." The crazy thing was thing was, this guy was getting this done in front of like, 100 people.

And now, these boys... We're still not 100% sure what their booth was all about, but whatever it was, it was entertaining to say the least, and they looked like they were having fun. All the power to them!

That wraps up our coverage of the 2015 Calgary Comic and Entertainment Expo! Thanks for reading, and stay tuned for more possible future articles from me... Although it'll probably never happen again.